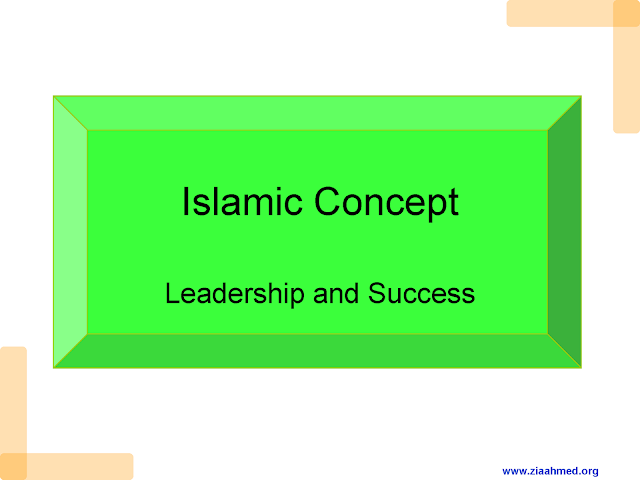 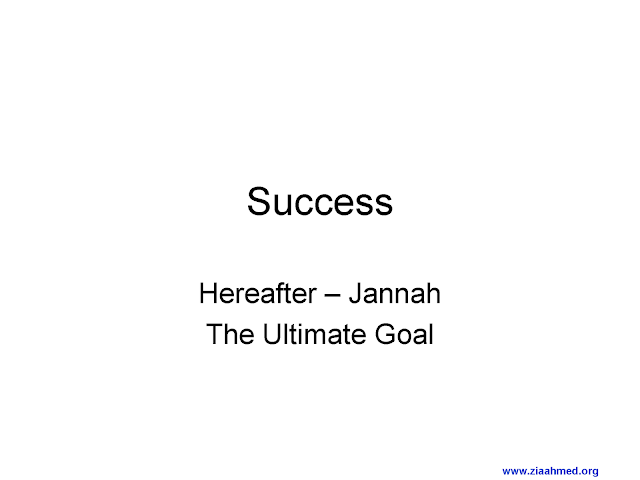 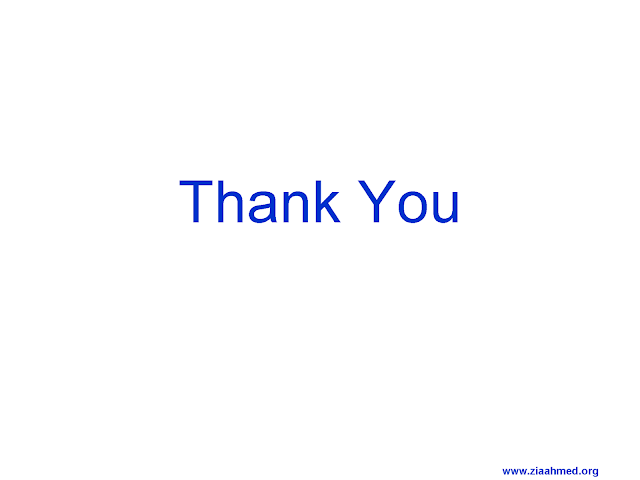 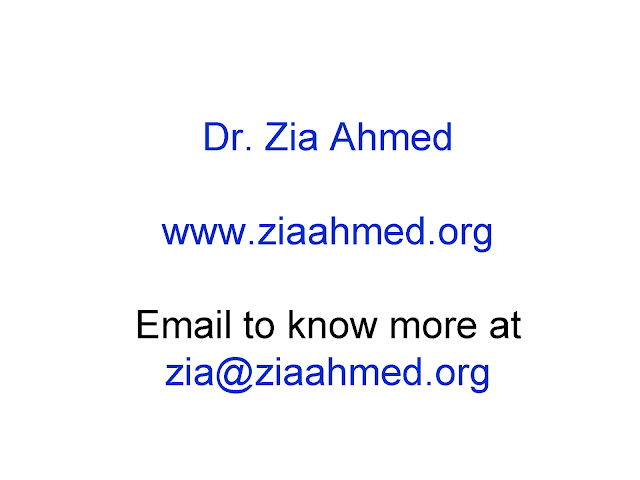 Posted by Anonymous at 8:04 PM No comments:

Email ThisBlogThis!Share to TwitterShare to FacebookShare to Pinterest
Labels: Best among You, Who are you, Your mission, Your Qualities, Your Responsibility

Email ThisBlogThis!Share to TwitterShare to FacebookShare to Pinterest
Labels: DUA, DUA FOR BLESSED DESTINATION, DUA FOR KNOWLEDGE, DUA FOR NIGHT OF DECREE, DUA FOR PARENTS

Ibn Qayyim AI•Jawziyyah (691-751 AH.)
"Through patience and poverty one attains leadership in religion. The seeker of Truth needs the will that will inspire him and push him upward and (religious) knowledge that will lead him and guide him." These words of Ibn Qayyim AI-Jawziyyah sum up the personality of this great man, Muhammad ibn Abi Bakr, who is better known as Ibn Qayyim AI-Jawziyyah or Ibn AI-Qayyim, for short.
He was born in 691 A.H. He began his long journey on the road of learning early in his life, moving from one teacher to another to quench his thirst for knowledge. At the age of 21 (in 712 A.H.) Ibn AI-Qayyim met his teacher Ibn Taymiyyah another great hero of Islam and a revivalist of the faith. Their companionship lasted to the end of the teacher's life, Ibn AI•Qayyim kept close company to Ibn Taymiyyah with whom he suffered the pains of prison and flogging many a time. Apparently, it was from Ibn Taymiyyah that he learnt many special qualities such as frankness and courage, in defiance of the falsehood of others, including those in authority. For to both truth had to be said regardless of the consequences. But unlike his teacher, or Ibn AI•Qayyim was less fierce in his attacks (in words or action).
The 8th century' Hijra witnessed a state of ignorance and feuds in the Muslim community. Muslims were fighting each other and each trying to impose his authority in everything including religious opinion and scholarship which suffered from stagnation. For the majority of religious scholars acted more like 'recorders' of knowledge rather than true scholars and teachers. To them their teachers were the main. If not the sale, source of knowledge, and the schools of thought they blindly imitated were the only acceptable ways. Like his teacher Ibn Taymiyyah, Ibn AI•Qayyim spent his life in attempting to correct the wrong course the community was following. He fought the exaggerated reverence for the tombs of the pious despite the strong resistance he met with from the masses. He tried to show the errors committed by the misled sects and their blind followers. For he considered that the disputes and fights among the Muslims of his time were caused by their sectarian attitude and chauvinistic practices, each one considering himself and his sector school of thought the only right one, and claiming that everyone else was on the wrong path.. Ibn AI•Qayyim spent most of his time and great efforts trying to unite the people, pointing out to them the dangers of blind imitation of the predecessors.
He explained that a Muslim should be open-minded; that is, he should accept what is right and good regardless of the teacher as long as what he or she accepts is consistent with the Quran and the Sunnah and the consensus of the scholars and the general spirit of the faith. To him imitation was wrong in the following cases: 1) if it entails violation of Divine teachings, 2) if it represents an act of blind following of people we are not sure of their knowledge. 3) If it is in defiance of truth after finding it. It was blind imitation that caused stagnation in scholar• ship and differences among people. Some so-called scholars, he pointed out, were not really scholars of Islam but rather simple propagators of others' opinions. To those people the words and views of their teachers or leaders were the only correct way of understanding the faith to the extent that they subjected even the interpretation if the Quran and the Prophetic teachings to the views of their teachers, which they wrongly took for the ultimate criteria.
Ibn AI-Qayyim considered that the sources of religious knowledge were to be taken in the following order: 1) The Our'an, 2) The Sunnah (Prophet Muhammad's teachings) and 3} The teachings of the companions of the Prophet. To these one could add consensus of Muslim scholars and analogy. Bigotry and prejudice were to him the enemies of learning. To propagate his views, Ibn AI•Qayyim wrote scores of books besides direct teaching. In his own private life Ibn AL-Qayyim was a very pious and devout worshipper who spent most of his time in prayers and recitation of the Our'an. He was, in fact, an ascetic who rejected the unorthodox practices of some sufis (mystics) who claimed that religious teachings had external and internal sides, meaning that religious obligations (such as prayers, fasting during Ramadan etc. etc.) did not apply to them . As pointed out earlier Ibn AI•Qayyim was a man of courage and frankness to whom truth was the ultimate goal. His open-minded and flexible attitude is reflected in his views on the correct understanding of religious laws (Shairah), and that these should be interpreted in the light of the circumstances of time and place, because Islam is intended and practicable for all mankind at all times. He wrote many books to explain this invaluable principle. Many of his views find their application in the legal system of modern nations more than six centuries after his death in 751 A.H.'
Posted by Anonymous at 9:10 PM No comments:

How to Improve and Correct People's Mistakes

Look at the Prophet's approach in this regard. One day he decided to advise 'Abdullah bin 'Umar to pray the night prayers.
He did not call him and say,"0 'Abdullah, pray the night prayer!" Rather, he advised him as if he was making a suggestion saying, "How nice is 'Abdullah! If only he were to pray the night prayers also!" In another narration he said,"0 'Abdullah, do not be like so-and-so. He used to pray at night, but then he left it."
In fact, if you are able to bring his mistake to his attention without him realising, then this is the best approach. A man sneezed in the company of 'Abdullah bin al-Mubarak but did not say:'al-Hamdulillah'. So 'Abdullah bin al-Mubarak said, "What does a person say when he sneezes?",
He said, "al-Hamdulillah,'
'Abdullah bin al-Mubarak said, "YarhamukAllah" (May Allah have mercy on you).
The Prophet Peace Be Upon Him had a similar approach. When he would conclude his 'Asr prayer, he would visit his wives one-by-one to sit and talk with them. Once he visited Zaynab bint Jahsh and found honey with her. The Prophet Peace Be Upon Him used to love honey and other sweets. He began to drink honey and talk to her, and ended up staying with her for longer than he would stay with anyone else.
Thereupon, 'A'ishah and Hafsah became jealous and planned that whoever of the two the Prophet visits should say, "I find that you smell of Maghafir!" Maghafir is a sweet drink, similar to honey but has an unpleasant smell. The Prophet Peace Be upon Him was always concerned that his body or mouth did not smell bad, as he used to speak with Jibril and the people. When he visited Hafsah she asked him what he had eaten.
He said, '" had some honey to drink when I visited Zaynab."
She said, "I find the smell of Maghafir on you!"
He said, "No. I only had some honey to drink. But I won't drink it, again."
He then went to 'A'ishah and she said the same to him. Days went by and Allah finally revealed the secret to the Prophet Peace Be upon Him, after a few days, the Prophet Peace Be upon Him informed Hafsah of a matter in confidence but she betrayed the confidentiality. He visited her one day whilst she had a guest known as ash-Shifa' bint 'Abdullah. She was a female Companion and a medical student who used to treat patients.
The Prophet Peace Be upon Him wanted to bring her attention to her mistake by approaching the issue indirectly, in order to be gentle with her. What did he do?
He said to ash-Shifa',"Wouldn't you teach her the 'incantation of the ants the way you taught her to write?"
The 'incantation of the ants' is what Arab women used to repeat, and everyone knew that it neither harms nor benefits.
The incantation as known amongst the women was composed of the following:
"The bride celebrates, dyes, applies kohl and does everything else, except that she does not disobey her husband"
The Prophet Peace Be upon Him wanted to indirectly to teach Hafsah a lesson by repeating," ...except that she does not disobey her husband:'
How beautiful is this approach towards correcting others' mistakes that leaves love intact in people's hearts, unshaken by errors and unpolluted by excessive offers of advice!
It is possible to drink honey without destroying the honeycomb. Do not advise a person as if he has disbelieved due to his actions! Rather, have good thoughts about him and assume that he made a mistake unintentionally, or without knowing.
"Even a good word is charity," Hadith.
Posted by Anonymous at 2:41 PM No comments: