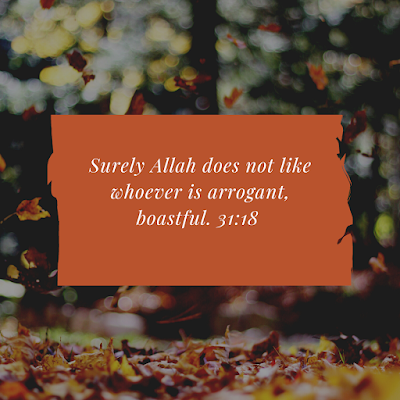 The principle which the Prophet (SAW) followed in dealing with this mistake was to treat the man gently, so as not to be harsh with him. Bukbari reported from Abu Hurayrah (RA):
“A bedouin urinated in the mosque, and the people got up to stop him out. The Messenger of Allah said to them, ‘Leave him alone, and throw a bucket of water over it. You have been sent to make things easy for people, not to make things hard.’”61
The Sahabah (may Allah be pleased with them all) were very keen to denounce the bad thing they had seen and to keep their mosque clean and pure, as is indicated in the various reports of this hadith, which describe them as shouting at him, getting up to sort him out, rebuking him and hastening to deal with him, or telling him to “Stop it'”62
But the Prophet (SAW) was thinking of the likely consequences of the two options — stopping him or leaving him alone. If they tried to stop him, forcing a man to suppress his urination could do him harm, and if he was unable to stop but moved away because he was afraid of them, the impurity would be spread over a wider area of the mosque and on the man’s body and clothing. The Prophet (SAW) had the farsightedness to see that leaving the man alone until he had finished urinating was the lesser of the two evils, especially since the man had already started doing it, and it was a problem that they would be able to do something about by cleaning afterwards. So he told his Companions to leave him alone and not to interrupt him. He told them to leave him alone because this was in the better interests of all and would ward off a worse evil by putting up with the lesser evil.
It is also reported that the Prophet (SAW) asked the man the reason for his action. At-Tabarani reported in al-Mujam ai- Kabeer that Ibn ‘Abbas (RA) said:
“A bedouin came to the Prophet and pledged allegiance to him in the mosque. Then he went away and started to urinate. The people wanted to stop him, but the Prophet said, ‘Do not stop a man when he is urinating,’ Then he asked him, ‘Are you not a Muslim?’ He said, ‘Of course, yes.’ He said, ‘What made you urinate in our mosque?’ He said, ‘By the
One Who sent you with the truth, I thought it was just like any other place so I urinated in it.’ The Prophet called for a bucket of water and poured it over the urine ”63
This wise manner of dealing with the problem had a far- reaehing effect on the bedouin, as is clear from his reaction. Ibn Majah reported that Abu Hurayrah said:
“A bedouin entered the mosque where the Messenger of Allah was sitting, and said, ‘O' Allah, forgive me and Muhammad, and do not forgive anyone else.’
The Messenger of Allah smiled and said, ‘You are narrowing something vast.’ Then (the bedouin) went away to the furthest part of the mosque, opened his legs, and began to urinate. After he had learnt better, the bedouin said, ‘He got up, may my mother and my father be sacrificed for him, he did not rebuke me or insult me. He just said, ‘We do not urinate in this mosque; it was only built for the remembrance of Allah and for prayer.’ Then he called for a bucket of water and poured it over the urine.’”64
Ibn Hajar (RA)mentioned in his commentary a number of things we learn from the hadith about the bedouin, among which are the following:
—            We should be gentle when dealing with one who is ignorant and teach him what he needs to know without rebuking him, so long as he is not acting out of stubbornness, especially if he is one who needs to be won over.
—            Prophet (SAW)was kind and he dealt nicely with him.
—            The idea of taking precautions against impurity (najasah) was established well in the minds of the Sahabah, which is why they hastened to denounce it in the presence of the Prophet without first asking his permission. The idea of enjoining what is good and forbidding what is evil was also established well in their minds.
—            We should also hasten to remove anything objectionable when there is nothing to stop us from doing so, because when the man had finished urinating, the Prophet (SAW) issued instructions that the place should be cleaned with water.
Posted by Anonymous at 12:28 PM No comments: