Do not kill yourself by grief.

Sa'd was a student  at the university. Once he was absent for a whole week, so when I met him;

I said "I hope everything is fine, Sa'd? "Nothing's wrong at all, I was just a little busy",Sa'd replied. It was, obvious that he was grief stricken. I said to him, "What's the news?" 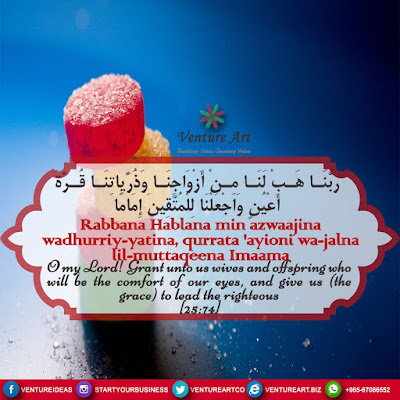 I said,"I pray to Allah that He cures him and bless his brothers his situation had an impact on me, but I remained firm and said, "Dear Sa'd, in short, do not kill yourself with grief. Nothing will afflict us except what Allah has already written: Then i consoled him and left. Yes, do not kill yourself with grief, for that will not lighten your troubles.

I remember that sometime ago I went to al Madinah al Na­bawiyya and met up with Khalid. He said to me, "What do you say if we visit Dr. 'Abdullah?"

For condolences? I remarked, in surprise.

The Doctor was a righteous man beyond fifty years of age, but never the less, a human being with feelings and emotions. He had a heart in his chest, and two weeping eyes, and of course, a soul that became happy and sad.
When he heard the terrible news, he prayed over them and

He began to wander about his house in bewilderment.He would pass by toys that lay there untouched for days, because the Khulud and Sarah who would play with them had died.

He would return to his bed which hadn't been made because Umm, Salih, his wife, had died.

He would pass by Yasir's bicycle which hadn't moved for days since the one who used to ride it had died. He would enter his eldest daughter's room to see her wedding suitcases arranged and her clothes lying on her bed.She died when she was in the middle of arranging her wedding clothes.

Glory,be to the One who gave him patience and made him strong!

Guests would come to his house and bring coffee along with them,as he didn't have anyone to help him prepare anything for them.What is amazing is that if you were to see the man receiving condolences, you would think that he was the one giving condolences, and that the one enduring this tragedy was some one else!

He would repeatedly say,"To Allah we belong and to Him we return. It belongs to Allah, whatever

He takes or gives.

Everything has an appointed time with Allah. "

I know someone who when ever I see him he is happy. Yet, if you were to consider his situation, you would find that he has a very humble occupation, he lives in very small rented accommodation, his car is very old and he has many children. Despite this, he is always smiling and loving. He loves his life. That's right! Do not kill your self with grief and do not complain frequently until people become tired of you, like a person whose son is disabled, so whenever he sees you he keeps you busy with his complaints, "My son is ill.... I feel for him... poor son of mine..."

You will soon find your self fed up of him and feel like screaming, Enough, dear brother! Enough! l get your point!" Or imagine a woman frequently saying to her husband, Our house is old the car is about to break down my clothes are out of fashion What is the benefit in complaining? It only increases the suffering. You spend your entire life,A poor man, moaning and grieving.

Your remain with your handstand, complaining, Time is If you do not carry the burdens yourself, who will?
Enlightenment.
He replied,"My son is ill. He has an injured liver, and a few days ago he also contracted blood poisoning.Also, just yesterday I was shocked to hear that the poisoning has now reached the brain.

I said, There is no might or strength except by Allah! Have patience! I pray to Allah that He cures him. And if Allah were to decree anything for him (i. e.  death), I ask Allah to make him your intercessor on the Day of Resurrection.
He replied, Intercessor? Dear Shaykh, my son is not that young
He lowered his head and said,"Dear Shaykh, he has no brothers.I have not been blessed with any more children, and he has been afflicted with this illness as you can see. "
He said, "Yes.His eldest son went to a wedding party with the entire family in a near by city, whilst he remained behind in Madinah due to his commitments at the university.On the way back they were involved in a terrible road accident in which they died all eleven of them! buried them with his own hands, all eleven of them.
This is the peak of intelligence, for if he did not behave in this manner, he would have died of grief.
Live your life with what you have available, and you will always be happy.

Posted by Anonymous at 5:30 PM

Email ThisBlogThis!Share to TwitterShare to FacebookShare to Pinterest
Labels: best prayer, Better Muslim, Helping a Muslim to correct his mistake, how to get close to Allah, how to treat yourself, Islamic Story, Submission to Allah