This is time to invest every penny you, the returns are guaranteed minimum 7 times and it will be 700 times and up to unlimited. These are irrevocable guarantees from the Guaranteed of both worlds who has your life in His control.
The best returns of both the worlds are guaranteed. Come….come fast. 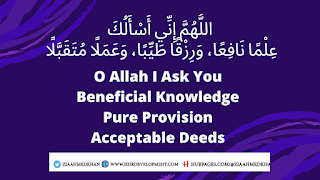 Training program for those who wants to succeed
If you complete these program then success is Guaranteed.
This is sovereign Guarantee without any risk of default, from the one Who has always honored His words and will Honor Guarantees His in future also.
These guarantees are from one who made you successful when you are few. You succeeded when you believed Him and followed his path.
“Today if You want success then there is only one path ,” Return to His Way”- Ruzu-ilal –llah
Success will come to you if you fully believe and follow the road and path followed by Rahmatulil Aalmin – Prophet Muhammad bin Abdullah (Peace be Upon Him). This is only road, the only path of success.
Those who are looking for peace and happiness in lives and world, here is solution. There is no other solution. Just adopt it and you will succeed. This path is guarantee of success in your life here and here after. Every deed you are doing, you will be accounted for.
You will be standing alone there, in front of His Majesty, Al Jabbar, Al Kahhar, Ar Rahman Ar Rahim.
Come to His way, the Right Path and The Road to Success and Salvation.
The only path which will take to success
Success in Both Worlds
"O you who believe! Fasting is prescribed for you as it was prescribed for those before you, that you may become Al-Muttaqun (the pious)." [Soorah al-Baqarah (2):183]
'Whoever does not give up forged speech and evil actions, then Allah is not in need of his abstinence of food and drink." (Reported by AI-Bukhari)
"All the deeds of the son of Adam (people) are for them. Every good deed will be multiplied to ten it’s like, up to seven hundred times. Allah, the Exalted, said, ‘Except fasting which is for Me, and I will give the reward for it. He left his lust, food, and drink for My sake.'
There are two pleasures for the fasting person, one at the time of breaking his fast and the other at the time when he will meet his Lord. The unpleasant smell coming from the mouth of a fasting person is better to Allah than the smell of musk. “(Reported by Muslim)
Know that to truly attain closeness to Allah, the Exalted, by giving up, while fasting, these permissible worldly desires is not complete unless one comes closer to Him by giving up what Allah has forbidden in all circumstances, such as lying, injustice, and transgression against people in their blood, property, and dignity. Due to this the Prophet said,
The underlying reason behind this is that to gain closeness to Allah by abandoning the permissible things is not complete, except by giving up the forbidden things. Thus, whoever does the forbidden acts and then [tries to] get closer to Allah by giving up the permissible things, is like the one who does not do the obligatory acts and worships Allah through the voluntary acts. If he intends by eating and drinking to strengthen his body for standing [for prayer] and fasting, he would be rewarded for that. Likewise, if he intends by sleeping in the night and day, to strengthen himself for good deeds, his sleep would then be an act of worship.

Thus, a Muslim partakes in worship during the day and the night. His prayers are answered while fasting and when breaking the fast. So he is, during the day, fasting and being patient and in the night, eating and being thankful.
The conditions for that include that he breaks his fast with permissible things. If he breaks his fast with a forbidden thing, he would be from those who fasted from what Allah made lawful for him, and broke his fast with what Allah made forbidden to him, and his supplication would not be answered. Know that two types of struggles are combined for the believer in the month of Ramadan: the struggle with himself during the day time over fasting, and the struggle in the night-time over standing in prayer. So whoever combines between these two struggles and fulfills all of their rights and is steadfast in that-Allah will fulfill his reward over them without limit.
Some of The Means to Forgiveness in Ramadan There are many means for forgiveness in the month of Ramadan. The means to forgiveness in it include fasting and standing for prayer; [specifically] standing in prayer on the Night of Qadr (Power, Decree, or High Rank). Included in that is giving someone food to break his fast and lightening the burdens of slaves. Also, included in that is asking for forgiveness; the supplication of the fasting person is answered while fasting and while breaking the fast.
Since there are many means for forgive-ness during Ramadan, the person for whom forgiveness passes by is deprived to the utmost. When will the person who is not forgiven in this month be forgiven? When will the person who was rejected on the Night of Qadr be accepted? When will the person who is not upright in Ramadan ever be upright?
The Muslims used to say, when the month of Ramadan would come, "0 Allah, the month of Ramadan has caste over us and has come, so safeguard it for us and safeguard us for it; provide for us that we fast in it and stand in it for prayer; provide us in it diligence, strength, and vigor, and protect us in it from trials and tribulations."
Some of the Etiquettes of Fasting
Know that the fast is not complete unless six things are fulfilled:
The first: lowering the gaze [from forbidden things]; withholding it from extensively looking at everything which is dispraised and disliked.
The second: safeguarding the tongue from senselessness, backbiting, spreading evil rumors, and lying. The third: refraining from listening to everything that is forbidden and disliked.
The fourth: restraining the rest of the limbs from sins.
The fifth: not overeating. The sixth: one's heart is, after breaking the fast, between a state of fear [of Allah's punishment] and hope [for Allah's mercy]; as he does not know whether his fast is accepted; thus being one who was brought closer [by it] or [it is] rejected from him, so that he is one who simply received his sustenance (i.e. the food he broke his fast with). That must be during the end of every act of worship.'
o Allah, make us from those who fasted the month, received the full reward, made to experience the Night of Qadr, and won the Lord's prize, Blessed and Exalted is He, Aamin, 0 Lord of the worlds. May Allah grant mercy and peace on Muhammad, and on his family and companions altogether?