It may be the case that not all of what a person says or does is wrong, so it is wise to limit our denunciation only to that which is wrong, and not to generalize by condemning everything that is said or done as being wrong. This is indicated in the report narrated by Bukhari in his Saheeh from ar-Rubayyi‘ bint Mu‘awwadh ibn ‘Afra’, who said:
“The Prophet came and entered, and sat down on my bed the way you sat down. Some young girls of ours began beating on the daff (hand-drum) and singing songs eulogizing those of our forefathers who had been killed at Badr. Then one of them said, ‘Among us there is a Prophet who knows the future.’ The Prophet said; ‘Do not say that; say what you were saying before.’ ”110
According to a report narrated by At-Tirmidhi:
“...The Messenger of Allah said to her: ‘Do not say this; say what you were saying before.’”111
According to a report narrated by Ibn Majah, he (the Prophet) said:
“Do not say this, say; no one knows the future except Allah.”112
There is no doubt that this kind of treatment makes the person feel that the one who is striving to point out mistakes and correct them is fair and just, and this makes him more likely to accept his advice. This is in contrast to some of those who want to denounce errors, but get so angry with the mistake committed that they go to extremes in their denunciation and condemn everything done and said by the one who has made the mistake, good and bad alike. This makes the person reject what they say and refuse to follow their advice. 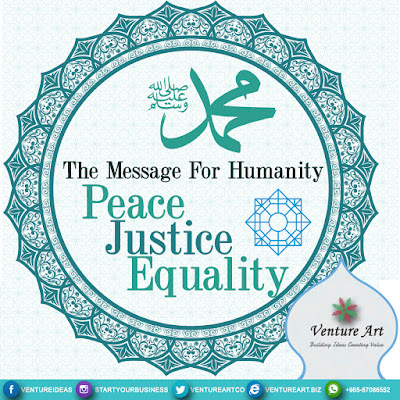 In some cases, the mistake is not m the words themselves, but in the occasion or context in which they are uttered. For example, when somebody dies, one person may say, “al~ Fatihah and everyone present will recite it. They believe that there is nothing wrong with this because what they are reciting is the Qur’an, not words of kufr. It has to be explained to them that what is wrong with this action is thinking that we should recite al~ Fatihah on such occasions as an act of worship without any shares‘ah evidence for doing so, which is the essence of bid'ah. This is what Ibn ‘Umar pointed out to a man who sneezed beside him and said, “al-Hamdu Lilian was-salam ‘ala Rasool Allah (praise be to Allah and peace be upon the Messenger of Allah).” Ibn ‘Umar said, “I could say, ‘al-Hamdu Lillah was- salam ‘ala Rasool Allah, but this is not how the Messenger of Allah taught us. He taught us to say, 1al-Hamdu Lillah 'ala kulli hal (Praise be to Allah whatever the circumstances may be).”113

Posted by Anonymous at 5:40 PM