Clean Up and Change - March Towards Success - Repent to Allah 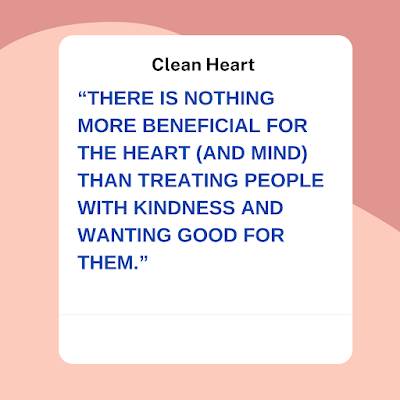 Everybody want to change, change towards good and better. This can only happen when Heart is changed. A clean heart, clear of all malice and sin can change to good.
One can clean his heart with repentance. The Doors of  Most Merciful And Most Beneficent are never closed. Just one has to walk the path towards Allah, the change will come, your prayers will be answered and success will be awarded in both world here and Here-after.

All praise is for Allah, Lord of all that exists. 0 Allah, send prayers and salutations upon our Prophet Muhammad,
his family, his companions, and all those who follow his way until the Last Day.( Peace Be Upon Him) PBUH
Allah (Most Exalted and Most Powerful) said: "Say: '0 'Ibadi' (My slaves) who have transgressed against themselves (by committing evil deeds and sins)! Despair not of the Mercy of Allah, Verily Allah forgives all sins. Truly, He is Of-Most Forgiving, Most Merciful.
Indeed, Allah (Azza Wa Jalla    ) has opened the door of repentance to every sinner. The Prophet ( PBUH)said : “Oh People repent to Allah for indeed, I repent to Allah 100 times everyday.”
It is truly encouraging to know that the door to repentance is always open, but what is more, Allah ( Azza Wa Jalla ) is actually happy when one of His slaves repents. It is important to note here that the keys to repentance are that a sinner must desist from his sin, feel regret for having perpetrated it, and then make a firm resolve not to return to it. Who among us does not sin? And who among us does all that is required of him in the religion? It is an undeniable fact that we all have shortcomings; what distinguishes some of us from the others, what raises some of us above the others, is that the successful ones among us are those who repent their sins and ask Allah ( ) to forgive them. Sadly, some people are guilty of thinking in this manner: "Those I see around me perpetrate minor sins, while I am guilty of perpetrating major sins, so what is the use of repenting!" True, such a person does well by finding fault with his own self, yet he makes a grave, ruinous error when he loses hope, when he underestimates Allah's Forgiveness and Mercy. 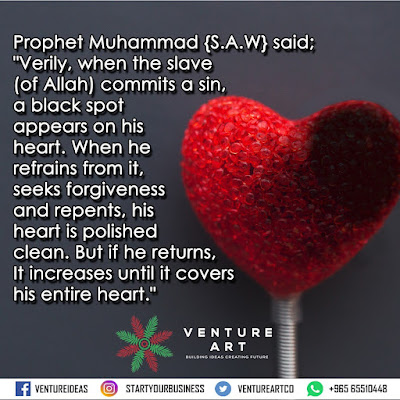 To be sure, the door of repentance is open both to the perpetrator of minor sins and to the perpetrator of major sins. In regard to repentance, the following beautiful Hadith should inspire hope in us all: Ibn Mas'iid ( RA )narrated that the Prophet (PBUH ) said: "Indeed, Allah is more happy with the repentance of His slave than a man who stops in a barren, desolate land; with him he has his riding animal. He then goes to sleep. When he wakes up, he realizes that, his mount is gone. He searches out for it until he is on the verge of dying because the mount was carrying his supplies and provisions. He then says, 'I will return to the place wherein I lost it, and I will die there.' He went to that place, and he was then overcome by sleep. When he woke up, his mount was (standing) right beside his head, on it (still) was his food, his drink, his provisions, and the things he needed. Allah (Azza wa Jalla)is more happy with the repentance of his believing slave than the aforementioned man when (he finds) his mount and his provisions. "
This Hadith clearly illustrates that no one should become so hopeless that he refrains from repenting to Allah (Azza wa Jalla).
The Mercy of Allah To all confused and hopeless souls do I present this Hadith, which makes clear to us the vast Mercy of Allah (Azza wa Jalla ) and encourages us to repent to Him: Abu Sa'id Al-Khudri ( RA) narrated that the Prophet ( PBUH) Said "Among those who came before you was a man who killed 99 people. He then asked to be guided to the most prolific worshiper from the inhabitants of earth, and he was directed to a monk. He went to him and told him that he had killed 99 people, and he asked whether it was possible for him to repent. The Monk said, 'No.' The man killed him, thus making him his 100th (victim). He then asked to be directed to the most knowledgeable of earth's inhabitants, and he was guided to a scholar. He went to him and told him that he had killed 100 people, and he asked whether it was possible for him to repent. The scholar said, 'Yes, and who will stand between you and repentance. Go to such and such land, for in it dwell a people who worship Allah (Azza Wa Jalla ), So go and worship Allah (Azza Wa Jalla ) with them. And do not return to your land, for it is indeed a land of evil. He left and when he reached the half way point of his journey, he died. The angels of Mercy and the angels of Punishment disputed with one another (in regard to his case). The angels of Mercy said, 'He came to us repentant, advancing with his heart towards Allah ( Azza Wa Jalla ).' But the angels of Punishment said, 'Indeed, he never performed any good deeds.' Then an angel came in the form of a human being, and both groups of angels asked him to judge between them. He said, 'Measure the distance between the two lands. Whichever land he is closer to is the land that he is closer to (in terms of being of its people). They then measured the distance and found that he was closer to the land that he was heading towards, and so it was the angels of Mercy who then took his soul. "
[Al-Bukhari: 3470 and Muslim: 2766.]
The Messenger ( PBUH) attested to His Sincerity
When one repents sincerely for one's sin, one takes the best path to achieving the pleasure of Allah (Azza Wa Jalla ). The following Hadith illustrates an example of a true and sincere repentance. A woman from Juhainah once came to
the Messenger of Allah (PBUH  )and d confessed that she had committed adultery. She did not come simply to acknowledge her mistake; rather, she came, seeking to purify herself from her sin. She said, "0 Messenger of Allah, I have committed an offense that requires a specific punishment, so execute it upon me." The punishment for adultery is stoning, but it is rarely applied, for it can only be applied when four witnesses see a person not just kissing or hugging someone else, but actually being engaged in the act of adultery. But this woman came herself and confessed her sin. After she was stoned to death, the Prophet ( PBUH) prayed over her. 'Umar ( RA) said, "0 Messenger of Allah, you prayed over her despite the fact that she has committed adultery?
'He (PBUH ) said: "She has indeed performed a repentance that, were it to be distributed among 70 people from the inhabitants of Madinah, would have been sufficient for them all. And have you ever found anyone that is better than a person who generously gives her soul for Allah (the Possessor of might and majesty)."

The Close Link Between Repentance and Worldly Blessings
Rain had not fallen for a long time, and as a result, the crops had withered away and the livestock had died. This was a specific time in the history of the Children of Israel, during the era of Moosa (Alaihisalam). The situation had become quite dire, and so, along with the common people, Moosa ( Alaihisalam) and 70 men from the descendants of Prophets ( PBUH) left the city to invoke Allah (Azza Wa Jalla ) for rain. If one could have seen them all
gathered there in the desert, I am sure that he would have witnessed quite a moving scene: people raising their
hands with humility and invoking Allah with tears flowing down their cheeks, in a prayer session that lasted for three days. But even after three days of constant prayer, no rain fell from the sky. Moosa(Azza Wa Jalla ) said, "0 Allah, You are the One Who says: Invoke Me, and I will answer you. I along with Your slaves have indeed invoked you, and we are in a state of need, poverty, and humiliation." Allah (Azza Wa Jalla ) then inspired Moosa (Alaihusalam ) with the information that among them was he whose nourishment was unlawful (Haram), and among them was he whose tongue was constantly busy with slander and backbiting. And in so many words, Allah (Azza wa Jalla ) said: These deserve that I should send My anger down upon them, yet you demand mercy for them! Moosa ( Alaihisalam) said, "And who are they, my Lord, so that we can banish them from among ourselves?" Allah (Azza wa Jalla  ),the Most Merciful of the merciful ones said: "0 Musa, I am not One Who exposes (those who sin). Instead, 0 Musa, let all of you repent with sincere hearts, for perhaps they will repent with you, so that I will then be generous with My Blessings upon you."
Musa (Alaihisalam   )announced that everyone should gather around him. When everyone was gathered together, Musa (Alaihisalam ) told them what Allah ( Azza wa Jalla ) had revealed to him, and the sinners referred to above listened attentively to his words. They committed grave sins, yet Allah ( Azza wa Jalla) protected them from exposure and shame. Their eyes swelled with tears, and they raised their hands, as did the rest of the people who were there. They said, "0 our God, we have come to You, fleeing from our sins, and we have returned to Your door, seeking out (Your help); so have mercy on us, 0 Most Merciful of the merciful ones." They continued to repent in that manner until relief came and rain descended from the sky.

Posted by Anonymous at 1:38 PM